Cannabis: Past, Present and Future 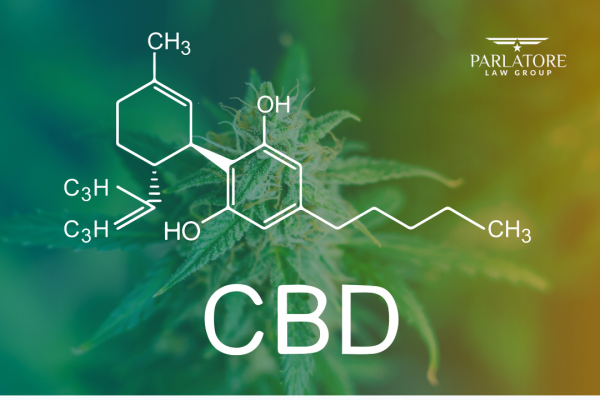 Telling stories has always been one of my favorite past times. I have long enjoyed learning about different nouns (people, places and things) and sharing my new findings with others. To me, storytelling is an incredibly important aspect of our shared culture. Through stories and narrative, we pass down traditions and help increase awareness of topics less well known.

In 1940, American organic chemist Roger Adams was the first to isolate CBD as a chemical ingredient within the cannabis plant. Interestingly, the Adams discovery was made in coordination with the United States Department of the Treasury as a legally sanctioned federal study while at the University of Illinois. The discovery demonstrated for the first time that there were non-psychoactive ingredients within the cannabis plant which became incredibly important in the overall trajectory of cannabis medicinal studies. If there were ingredients within the plant that could be isolated and extracted, then it would be possible to determine if there were medicinal uses of the ingredient. Schedule 1 narcotics under federal law are defined as “drugs with no currently accepted medical use and a high potential for abuse.” CBD established that cannabis indeed had the potential to produce something that may not fit neatly under that definition.

Adams was later recognized nationally for his work in chemistry and with the cannabis plant. He was even awarded the National Medal of Science in Chemistry by President Lyndon Johnson in 1964. The Adams Scale became standard by which we measure the potency of the cannabis plant. When we talk about any progress made within the cannabis industry whether from a medicinal perspective or retail, the story of Roger Adams is one worth sharing as one of the foundational building blocks.

How CBD Effects the Body: The Endocannabinoid System (ECS)

It may come as a surprise to some, but our bodies are made up of natural cannabinoids (main ingredient in cannabis plant which includes CBD and THC) known as endogenous cannabinoids. These molecules are naturally produced by our bodies and are found throughout the central nervous system. Current research has shown that our body is made to be able to interact with cannabinoids in important ways. ECS plays an role in many vital physical, cognitive and psychological neural processes including movement, sleep, memory, motor coordination, mood appetite, and pain-sensation and more. ECS has three main features, endocannabinoids, receptors, and enzymes.

A simple way to understand how ECS works is as a process. The endocannabinoids bind to the receptors which tell the system what needs to happen. For example, if your body is experiencing inflammation, the endocannabinoid may bind to a receptor that is inside the immune cells which allows the body to naturally heal the inflammation. After the process has occurred the enzymes are responsible for breaking down any remaining endocannabinoid and processing them through the body as waste. ECS is one of our bodies primary response systems to return our bodies to a natural state of homeostasis if we experience things such as pain, nausea, sleeplessness, etc.

When cannabinoids from the cannabis plant are ingested, they bind to the receptors and perform similar functions as the natural endocannabinoids. The primary difference between CBD and THC (one of the psychoactive ingredients in cannabis) is how they bind to our ECS receptors. THC binds to what are known as the CB1 and CB2 receptor whereas CBD does not appear to bind to a known receptor but instead slows down the breaking down of the cannabinoid by the enzymes thus prolonging the effect. While, THC is known primarily for its “high” effects, CBD on the other hand has no such psychoactive effects. Both cannabinoids have been shown to reduce nausea, pain, and in some cases seizures, so CBD has been a preferred cannabinoid for consumers and patients who do not want the high.

While THC has found more difficulty working its way through the legalization process at the state level across the country, CBD has found an easier path to patients and recreational consumers. In 1980, Israeli chemist Dr. Raphael Mechoulam discovered CBD’s positive impact on reducing seizures in patients. For the first time nearly 50 million epilepsy patients had a natural product that could potentially improve their lives.  Through stigmatization however the research remained unused for nearly twenty years until the ECS was better understood. Mechoulam’s research was the basis for several CBD health related studies over the next 20 years. Finally in the late 1990’s CBD began being widely used to treat many ailments including epilepsy, Parkinson’s Disease, Alzheimer’s Disease, and many forms of anxiety.

In 2012, Washington and Colorado became the first states to legalize recreational cannabis which led to the boom in CBD related businesses. CBD was infused in food and beverages and also as topical ointments for pain relief and general wellness. Now across the country even in states where THC is illegal it is common to find CBD stores or CBD use in traditional stores such as coffee shops.

CBD is just one ingredient in the cannabis plant that has shown to have medicinal benefits and more importantly wellness benefits for patients and recreational consumers. As a plant, cannabis has been used for thousands of years and is referenced in many cultures religious and medicinal histories. It is only over the past 100 years or so that we have seen a negative disposition towards the plant largely for political reasons. Now that we are entering into a more liberated era where cannabis is less of a pariah and more of a resource, we can start to explore the fuller potential of the plant.

To me, one of the most important things I can do as an attorney working in the cannabis space is to help tell the story of the plant and the people who work with it. It’s important that we tackle the stereotypes and conditioned responses head on so that we can better integrate the cannabis industry into the rest of society. As I have seen first-hand, the people who work in the industry are passionate, smart and dedicated to creating a safe and high-quality product. Likewise, consumers are starting to identify with the plant in diverse ways. Some will gravitate towards CBD as a topical ointment, some will enjoy it with their coffee, others will prefer THC. One thing is clear however, CBD has a place in American society and that place will only grow over time. The truth is, we have only scratched the surface of CBD and cannabis’ potential. So stay tuned, this is going to be a wild ride!

Eric Postow is Counsel at Parlatore Law Group and dedicates his practice to supporting businesses with strategic business consulting, corporate entity selection, land use, trademarks, corporate structural team building, risk mitigation, regulatory compliance planning, contracts, negotiations, and as outside general counsel. For more information about Mr. Postow, click here. He can be reached at eric.postow@parlatorelawgroup.com and 703-214-2003.