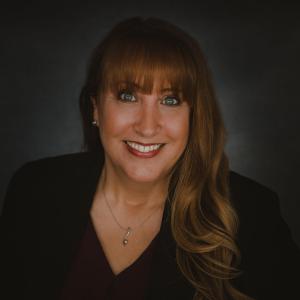 Marianne Gatti is a partner at Parlatore Law Group and focuses her practice on bankruptcy and creditors’ rights, in addition to mediation/arbitration (ADR).

Ms. Gatti has a plethora of experience practicing in bankruptcy and creditors’ rights, having represented the Chapter 13 Trustee and secured creditors, mostly large lending institutions, on all issues involving real property, including wrongful foreclosure actions, lien disputes, breach of contract, and suit on note matters, in the areas of bankruptcy, evictions, collections and civil litigation. She has experience successfully handling all issues throughout the bankruptcy process from proof of claims, 341 meetings of creditors, up through and including the federal appeals process, to include the US Supreme Court where she successfully argued against a writ of certiorari being granted. These targeted experiences speak to Ms. Gatti’s strengths and abilities to best represent her clients no matter the situation.

Additionally, she is a firm believer in the effectiveness of mediation and arbitration. She earned her Advanced Mediation Certification while in law school and has continued to hone her skills over the years. She won the Ear of the Year award for her community mediation services while stationed in Vancouver, WA. Additionally, she served on the Nevada State Bar Fee Dispute Arbitration Committee for ten years, having received a waiver to join the committee early due to her extensive experience in the field.

Ms. Gatti has always been passionate about community service through philanthropic and non-profit organizations, primarily animal rescue and military community organizations.  She has maintained leadership and volunteer positions continuously, despite regular military moves. She twice received the President’s Volunteer Service Award for logging more than 100 volunteer hours with qualifying organizations over each of the year long periods.

She looks forward to remaining settled in Cheyenne, Wyoming following her husband’s retirement from the US Marine Corps.