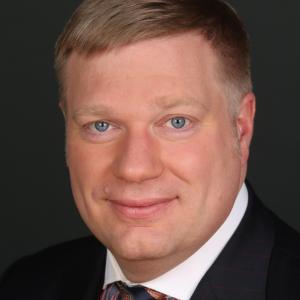 Timothy C. Parlatore is the founder and Managing Partner of Parlatore Law Group. His practice is focused on white-collar defense, investigations, and civil litigation. An imposing advocate, both in and out of the courtroom, Mr. Parlatore has successfully handled a myriad of complex criminal and civil cases across many jurisdictions. Mr. Parlatore has proved time and again that he performs best under pressure and in high-profile cases.

Throughout his career, Mr. Parlatore has handled an interesting and eclectic variety of matters, initially rising to prominence through his representations of the former Police Commissioner of New York City, the men who parachuted from the World Trade Center, and organized crime figures. Though already well-known, he skyrocketed to worldwide recognition through his successful defense of Navy SEAL Edward Gallagher on war crimes accusations. Other current representative matters include large scale securities fraud, insider trading, mortgage fraud, money laundering and racketeering.

While he is comfortable handling cases in the spotlight, he does not seek it and his preference is to handle cases quietly, without any headlines, to protect his clients’ images and reputations. One common, but little known theme of every high-profile victory that Mr. Parlatore has won is that before embarking on a very aggressive and public defense, he first attempted to resolve the case quietly, in a manner that would allow all parties to walk away with dignity and on terms substantially identical to what the ultimate verdict turned out to be.

Mr. Parlatore’s career path began by working for smaller criminal firms in New York City. It was there that he had the opportunity to work with and learn directly from several iconic defense attorneys, before running a successful solo practice.  In 2016, he merged his solo practice with one of the largest cloud-based firms in the nation to help them start a white-collar practice group. Three years later, he founded Parlatore Law Group to improve upon the cloud-based model, while providing a platform that caters to smaller businesses and individual clients.

Mr. Parlatore has been recognized by several organizations for his accomplishments. He has been awarded the coveted AV Preeminent rating by Martindale Hubbell, has been named a Rising Star multiple times by the Top Attorneys in Metro New York list and has been rated in the Top 100 Criminal Trial Attorneys for the past two years by the National Trial Lawyers Association.

In addition to his remarkable legal experience, Mr. Parlatore is heavily influenced by his military background as a former Naval Officer and veteran of Operation Enduring Freedom. He served as a Surface Warfare Officer on board the USS Normandy, and later as Commanding Officer of a reserve military police unit, Naval Security Forces LaMaddalena. He also competed as a member of the US Navy Marksmanship team.

Mr. Parlatore graduated from the U.S. Naval Academy with a B.S. in Political Science.  While at the Academy, he was the captain of the Highpower Rifle Team and Battalion Drill Officer.  He earned his Juris Doctor (J.D.) from Brooklyn Law School, where he was a member of the National Team for the Moot Court Honor Society, Trial Advocacy Division.