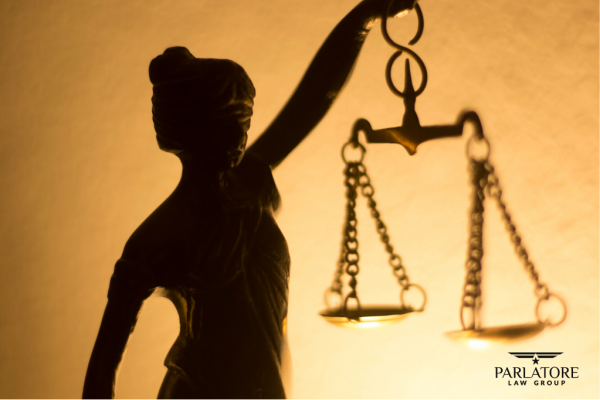 Our country is hurting, and it is impossible to encapsulate all the complexities of where we are now into an appropriate statement. Simply posting to social media about standing in “solidarity” and “support” for justice and equality is merely empty posturing unless it is backed up with meaningful action. It is sad that it took a catalyst, much less of this magnitude to move some to action because true justice and equality should be our way of life.

One of the core strengths of Parlatore Law Group comes from our inclusion of attorneys from diverse backgrounds, who represent the full spectrum of political beliefs.  As attorneys who took an oath to uphold the Constitution of the United States, as well as the Constitutions of the many states in which we are each licensed, we all act in solidarity with our fellow Americans who are expressing legitimate outrage at systemic inequalities and brutalities, by fighting them every day for our clients’ constitutional rights.  The issue of racial inequality is inextricably intertwined with the legal industry and we recognize our responsibility to uphold equal protection under the law for all Americans.

Before founding Parlatore Law Group, I began my career as a criminal defense attorney in New York City.  Although I had a relatively privileged upbringing, I had the opportunity to dive directly into the belly of the beast and was stunned by what I found.  As a new lawyer, I remember representing a Black man who, despite having lived a completely law-abiding life, suddenly found himself charged with resisting arrest and multiple counts of assault on police officers.  The complaint was shocking and appalling. It began with a simple broken taillight and ended with the list of physical injuries that he had allegedly inflicted upon these officers – broken knuckles.  He was charged with assault because the officers broke their knuckles while punching him repeatedly in the head.  A few years later, I fought a hard trial for another Black man who tried to do the right thing by turning in an illegal gun to the police for a friend.  At trial, we faced prosecutorial misconduct from a prosecutor with a history of murder convictions being overturned for his misbehavior.  At one point, I caught this prosecutor trying to pass a note secretly and illegally to the jury with the false claim that my client was a member of the Bloods gang.  The judge gave consistently bad rulings, even ignoring the law when I read to him directly from the book  (coincidentally, the same judge who denied a motion to release the grand jury transcripts about the death of Eric Garner just prior to our trial beginning). While the case is still under appellate review, a good and innocent black man has been sitting in a jail cell for the past two years.  I have witnessed the brutalities and pervasive failures in our justice system, and we will continue to fight against those failures.

Innocent people do go to jail. People who have committed crimes are often convicted of offenses far more severe than their actual conduct. Prosecutorial and police misconduct is a far greater problem than anyone wants to admit and they do disproportionately affect minority defendants, especially those who are unable to afford attorneys who are able to effectively counter this misconduct and hold the government accountable for its wrongdoing.

While some of our more public courtroom battles have garnered support from one side of the political aisle, the reality is that our firm is not a political firm. Our partners represent a diverse cross-section of society and we fight for justice based on the law and the facts. As attorneys, we each devote many hours every year to providing pro bono or no-cost legal services to clients who are unable to afford any counsel and will continue these efforts as our personal commitment to fighting for equal justice.

As with every important issue of our time, the details are nuanced, and we recognize that the criminal conduct of certain members of law enforcement does not extend to the entire population. Similarly, many of our attorneys are military spouses or veterans and we understand that most people in uniform signed up to be part of the solution, not the problem.

We founded Parlatore Law Group to provide a platform of inclusivity, both for our attorneys and our clients.  While many law firms tout their diversity by hiring a diverse group of young associates, many of whom will never be promoted to partner, we instead focus on inclusion by providing that advancement and partnership opportunity to attorneys of all colors, genders, and political persuasions. We are a growing firm and are committed to recruiting and promoting top talent from all backgrounds.

While we as Americans navigate how to pull ourselves out of this tumultuous time together as an even better and stronger nation, we recognize that providing opportunities for economic endeavors are one of the best ways that we can help empower black people.  We intentionally designed Parlatore Law Group as a platform that could provide affordable legal services to help build small businesses, particularly Disadvantaged Business Enterprises (DBEs are defined as woman and minority owned C).  Assisting these entrepreneurs and small businesses provides much needed jobs and opportunities for economic advancement.