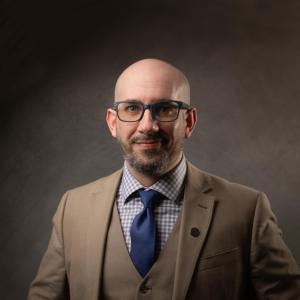 Matthew J. Hefti is Counsel at Parlatore Law Group. Motivated and informed through his own military service, Matthew focuses a significant part of his practice on military law, including military appeals and military writs. He enjoys working on creative, cohesive, and highly effective teams to give his clients the best holistic representation possible. As a result, he primarily litigates in complex cases with high stakes, where cohesive and effective teams are necessary to serve the client’s objectives.

Mr. Hefti is a decorated combat veteran with two tours to Iraq and two tours to Afghanistan. After his honorable discharge, he attended the University of Wisconsin Law School. Prior to joining Parlatore Law Group, Mr. Hefti gained experience working on legal teams representing clients in the most serious cases possible, including capital murder death penalty cases.

In addition to directly representing his own clients, Mr. Hefti advises and counsels other legal teams and courts explosives cases. Numerous states and federal court jurisdictions have appointed him as an independent expert for defense teams on significant issues related to post-blast investigations, explosives, and improvised explosive devices in high-profile bombings.

Mr. Hefti is both a skilled teacher and eager student. He is a regular public speaker and continuing legal education instructor. He has presented courses at capital defense and criminal defense seminars on subjects such as junk science, wrongful convictions, the use of forensic experts and forensic evidence, mitigation investigation, sentencing narratives, and equal access to justice litigation for indigent defendants. Notable seminars and programs he attended as a student include the Tim Evans Trial College in Texas and the Anthony G. Amsterdam Supreme Court Advocacy Institute and New York University School of Law.

Among other professional organizations, he is a member of the Texas Bar College, National Association of Criminal Defense Lawyers, Texas Criminal Defense Lawyers Association, and Harris County Criminal Lawyers Association. He also maintains membership in professional organizations in disciplines other than the law, some of which include the Authors Guild, the Writespace Faculty, and the International Association of Bomb Technicians and Investigators. Mr. Hefti is a lifetime member of the Veterans of Foreign Wars.

He currently lives with his wife and three children in Houston, TX. Outside of his legal practice, Mr. Hefti is active in the arts. He is the author of A Hard and Heavy Thing (Gallery / Simon & Schuster 2016), which was named one of the Top Ten Books of the Year by Military Times, one of the Top Ten First Novels of the Year by Booklist, and one of the Great Group Reads selections by the Women’s National Book Association. His shorter works of fiction, nonfiction, scholarship, and poetry have been published in books and periodicals in print and online. Mr. Hefti is an editor at the long-running online literary journal Wrath-Bearing Tree and a co-founder of Wrath-Bearing Tree, a charitable, literary, and educational Texas Nonprofit Corporation.